Finding Your way trough the world

Moving around in the wilderness usually requires some basic understanding of maps and some basic knowledge in navigation.

The terrain in Northern Norway is mostly mountains and valleys. The channelling properties and easy recognised features of this terrain make navigation fairly easy.

But not all areas are equal.

I very seldom use a compass, but use my map frequently. The map together with terrain features also gives me the directions without using the compass.

Maps are basically a presentation of the earth on paper.

Various colours, names, symbols and countor lines help the viewer use map to interpret the terrain. These symbols and colours are international although some variations may occur.

Most maps have a legend showing the meaning of the various symbols and colours on the map.

These symbols are easily memorized and after a while you don’t really need them.

Many people cut of the margins of the map to make them smaller and easier to handle. They know the map symbols anyway.

The margin also has information of when the map was made, coordinate system (and coordinates), magnetic declination and so on.

The map series used by most outdoors travellers is the N50 (earlier called M711) with the scale 1:50000 (1cm on the map equals 50000 centimetres in the terrain) and countor line interval is 20 meters. This series of maps covers all of Norway, and could be purchased in most book stores and sporting goods stores.

I you travel across the Swedish border you could use an excellent Swedish map series called “Fjellkartan”. The scale of these maps is 1:100000 and countor interval is 20 meters.

You could also come by maps made especially for a specific area, like national parks or municipalities (kommuner). These maps are usually in scale 1:25000 to 1:75000, but other scales could also occur.

These maps often contain a lot of extra information about the area (history, culture, fishing and hunting regulations and so on) on their back side (the Swedish “Fjellkartan” contain such information).

Although I almost never use a compass, I always carry one with me. It could be times when fog or snow gives you trouble navigating without.

But it is no use carrying with you a compass if you don’t know how to use it.

Basic use of the compass

If you don`t have a compass it is still possible to find the directions with primitive means. 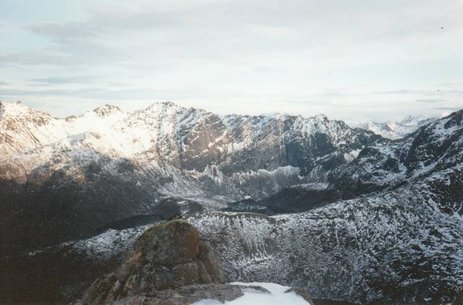 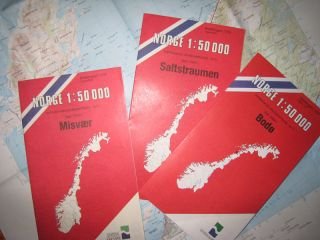 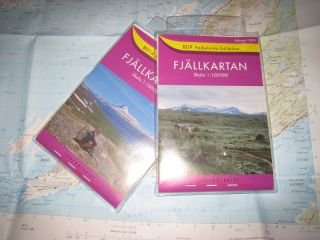 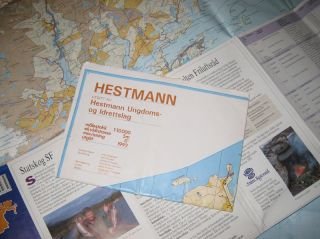