When the snow lies deep

Skis are essential for moving about in winter.

One could of course use snowshoes but IMHO they’re mostly crap.

I regard snowshoes as an emergency item, or something one use to get to the outhouse when camping in a cabin.

They are cumbersome to walk on and very slow.

I know that snowshoes have some uses in some terrain types, but I guess the Norwegian Army destroyed what good will I must have had for them. 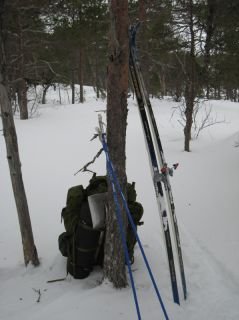 Skis are both easier and faster (if one can walk on skis that is).

I have two pair of skis.

One pair of Madshus, wax less (With 3 pin Rottefella bindings), and a pair of wax able Ukranian made cross country skis (With Rottefella BC bindings) .

Wax less is the easiest, as you don’t need to bother about snow temperature and what wax to use.

What brand of skis one has is less important, but they should be wide and long enough to be used under most winter conditions.

How long the skis should be is a debated issue, but for most grown ups skis from 195 centimeters to 210 centimeters long are good.

The length should be determined from your weight rather than your length.

The clerks in the outdoor shops (some of them at least) will help you with choosing the right skis and length.

Metal edges are nice on crust snow and icy conditions, but they are not required.

A pair of skins under your skis for climbing hills and when hauling sleds is great. Store them in your ruck when not in use.

The downside of using skis is the fact that one must also have a special pair of shoes just to use them, unless you have special bindings.

I have two pair of ski boots.

A pair of old Telemark shoes (for 75mm 3 pin bindings) made by Garmont (picture below) and a New pair from Alpina for the BC bindings.

The Winter of 2015 I bought new skis With BC bindings, being a little hesitant to the Whole BC thing.

But the BC bindings are better to use than the old 3 pin style.

They are easier to put on and holds direction better, making it easier to stear.

But when going for a overnighter in the Mountains I will still use the garmont shoes and 3 pin Rottefella binding because I know their strenght.

Pulk is a Norwegian word for snow sled (really a corruption of the sami word “bulke”).

The modern pulk is mostly a glass fiber hull with a canvas cover attached.

Earlier they were made of wood, almost like a small boat.

Using a pulk in winter has some advantages over a rucksack.

The biggest advantage is that you can haul a lot more and heavier goods than in your rucksack.

It is also easier to drag a sled than to carry a heavy pack.

If the terrains is steep (lots of “climbing”) the rucksack is better.

The pulk can carry a lot of goods.

Be sure that you pack the heaviest in the middle and low in the pulk, or rather so the pulk is a little back heavy.

This is to avoid that the pulk scoops up a lot of snow when on the move.

It is also advised to keep food (in the front) and fuel (in the back) for your cooking apparatus apart.

Don`t pack the pulk to high.

This makes it unstable and prone to fall over to it`s side.

The snow shovel is packed on top outside the canvas cover. This way it is always at hand.

A modern pulk is rather expensive although cheap ones could be purchased on army surplus stores.

The military pulks are bigger and heavier then most civillian ones.

Mine is home made, glass fibre, and was fairly inexpensive.

I also cut the cost by using a rope to haul it rather then a metal dragging bar.

Going down hill with it is the biggest problem.

But this could be solved by sitting on top of it as you go down.

When out in snow conditions I always carry a shovel.

They are great for clearing the campsite of snow or digging a snow cave or building a snow hut.

I use a cheap aluminium shovel (Fiskars) with short handle (picture below left).

These are available in almost every gas station and hardware shops.

If you don’t trust the strength of this spade one could buy a two piece spade with steel blade (picture below right).

Good snow shovels are available in most sporting goods stores, and are found in many models and makes.

Of course if you have an old E-tool you could bring that along, but the two shovels below have larger blade and are thus better for moving snow.

This I regard as winter equipment as they are of no use in the summer months.

I normally don`t travel in the dark, but the short winter days makes it necessary.

A light source other than your fire is, if not stricktly necessary, at least very handy.

I carry a fairly cheap Silva M4 or a Led Lenser H7 head lamp with me when out in winter.

The lamp helps me see the path when moving about after dark, look for items in a dark rucksack or when reading the map or writing my journal.

Both runs on 3 batteries type AAA and they are fairly light (silva 8 grams and Led Lenser 117 grams).

I don`t know how long the batteries last in these lamp as I never have run out of batteries on a trip yet.

The company says the Silva it will last 90 hours, and the Led Lenser is supposed to last for 75 hours, but I don`t know if it is true.

Anyway, you will probably get far into the wild and out again before battery change is needed.

In my Jerven tarp bag I carry a small candle lamp (UCO micro lantern) with me, but rarely use it.

It is used to provide warmth in the Jerven bag.

And I regard it as a "survival" item.

The lantern use ordinary tea lights.

Sometimes I also carry with me a small torch (AAA) in my jacket pocket.

This is purely an extra, and most often not used. 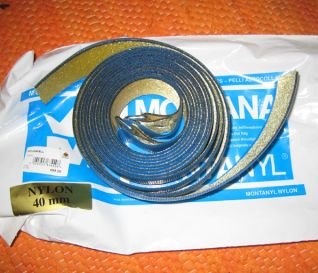 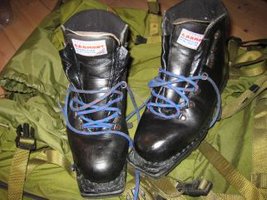 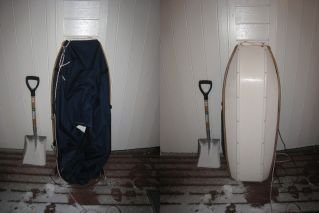 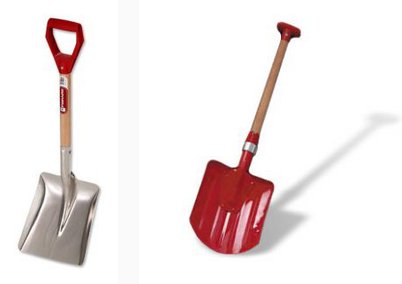 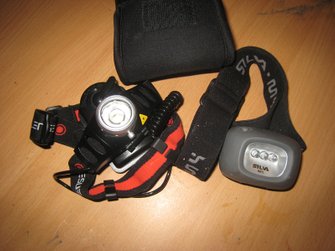 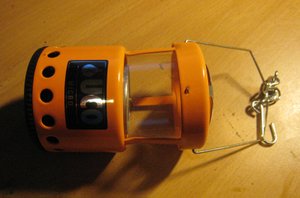