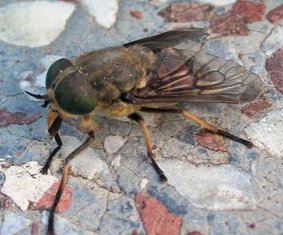 Mosquitoes, wasps and other flying menaces

Northern Norway is known to be infested with large mosquitoes(Culicidae), left, and black fly/midge (Simuliidae), right. 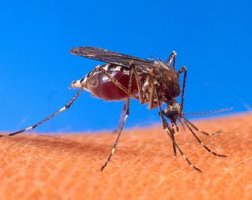 It is somewhat true, but IMO the effect of these is a bit overrated. None of them will kill you, and they don’t transfer deceases (malaria, yellow fever, etc.)

The worst places are inland, especially Troms and Finnmark counties.

Along the coastline the bloodsuckers are less, because of the wind and climate.

But sometimes the horse flies (Tabanidae) can be a real pain (Picture right).

I find the horse fly a lot more troublesome than mosquitoes. Unlike a mosquito you will really feel it when a horse fly bites you.

The tick (Ixodidae) is not a problem at the time, but it has spread further north recent years. Currently it is common north to the Helgeland region in Nordland County, but has also been found as far north as Bodø. 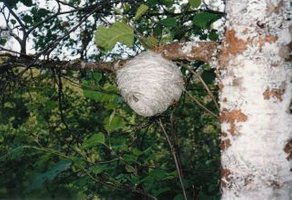 Wasps (left) is also found in the region.

Their nests could be seen hanging from the branches of trees.

I have never seen them larger than a grapfruit in the wild.

They are no treath unless you are allergic like me.

But they are easily avoided.

I`ve been stung two times in my life, both times in the south of the country. 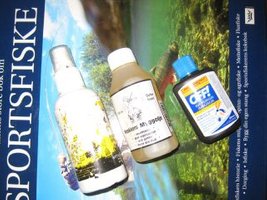 Remedies which contain DEET are said to work well.

The higher the concentration, the better it works. In Norway you won’t find bug sprays with more than 20 percent DEET.

This is because DEET could cause blisters and skin irritation. Children under 3 years of age should not use bug spray with DEET.

Be aware that DEET “eats” some plastic types.

I must admit I use very little bug spray. I usually just treat my hands.

I find a hat with a mosquito net handier.

In a tent citronella candles works reasonably well. I have not been bothered with insects in my Lavvu when using these candles.

If you are in the wild and don`t have access to bug spray or citronalla candles you could use a Horse hoof fungus (Fomes fomentarius) to rid your tent from mosquitoes.

Drill a little hole in a dry fungus, trough the hard grey layer and into the trama layer.

Ignite the trama layer with a coal or lighter and place it inside the tent. 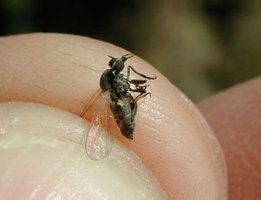